Skip to content
Google Map Directions from your current location

What harm do CPCs do? 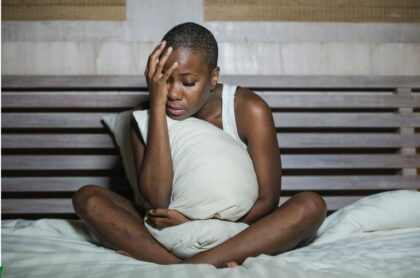 Crisis pregnancy centers (CPCs), also called  “pregnancy resource centers”, or “pregnancy care clinics”, are focused on keeping women from having abortions.  They’re non-profits tied to conservative religious beliefs. Almost all are run by one of these three groups: the National Institute of Family and Life Advocates (NIFLA), Care Net, and Heartbeat International.

CPCs stand in the way of pregnant individuals getting abortion care. Here are some specific tactics they use.

CPCs often try to trick or mislead the individuals who contact them.  They use misinformation (lies and distortions) to prevent people from making informed choices about their reproductive and sexual health.

For example, a counselor at a CPC (who usually has no medical credentials) may claim, against all evidence, that abortion causes breast cancer. Or CPCs may advertise “Abortion Pill Reversal” although that’s not possible. In some cases CPCs may give a pregnant individual misleading information that leads them to miss their state’s cut-off for legal abortion.

CPC volunteer counselors’ goal is to get individuals to continue their pregnancies. They’ll present parenting or adoption placement as the only alternatives. CPCs offer few, if any, medical services like prenatal care and offer little real support to pregnant individuals.

This is particularly nefarious since it means CPCs are taking money away from programs that could benefit individuals and families. It’s happening at the state level in the places you might expect (i.e., red states).

For example, Ohio has funneled nearly $14 million in taxpayer funds to CPCs. This comes at the expense of programs such as breast and cervical cancer screenings.

Of the dozen states that devote some of their budget to funding crisis pregnancy centers, about half support the centers with funds from Temporary Assistance to Needy Families (TANF), a federal welfare program. TANF funds are sent to states as a block grant so states have discretion in how they spend it.  CPCs in these states are robbing poor families.

Not Following Principles of Medical Ethics

CPCs purport to offer medical advice and care but don’t follow the basic principles of medical ethics, like beneficence, non malfeasance, respect for autonomy, and justice.

What can we do?

CPCs stand between pregnant individuals and their right to make their own reproductive decisions.  Here’s how you can stand up against CPCs.

January 22, 2023 is the anniversary of Roe v. Wade. Though we mourn the loss of nearly 50 years of constitutional protections, actions around the country, including Washington state, will send a clear message: We are not going gently. We are taking our fight to every state legislator in this country.

Consider joining one of these actions on the 22nd. Visit womensmarch.com for more information.

CPCs are more than just an annoyance. They’re unethical, and their lies and distortions keep pregnant individuals from the care they need. CPCs even take public funding away from citizens in some states. Please help fight against them through personal action, legislative support, and/or public action.