The term Obstetric fistula is unfamiliar to many in the USA. During a prolonged, obstructed labor an opening can develop in the birth canal, between the vagina and the rectum, urethra or bladder. In developed countries with good medical care, fistula is generally prevented by delivering the baby by Cesarean section. Fistulas that do occur usually happen during pelvic surgery and are surgically corrected, and a fistula due to childbirth would be surgically repaired. But in the world’s poorest regions women often do not have access to advanced medical care during childbirth, and an obstetric fistula is a life-destroying tragedy.

This humiliating injury happens often in the world’s poorest regions in the developing countries of Africa and Asia. Obstructed labor can sometimes last for days; this results in the death of the baby in 90% of cases, as well as in obstetric fistula. 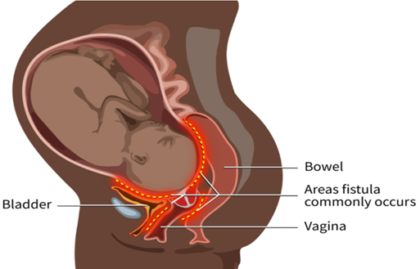 Numbers: Worldwide, an estimated 50,000 to 100,000 women develop fistula annually and approximately 2 million women currently live with fistula, which is a burden
in almost 60 countries. Its occurrence is a violation of human rights and a reminder of gross inequities. Although preventable and virtually non-existent in developed countries,
fistula continues to afflict many poor women and girls worldwide who lack access to health services.
Source: endfistula.org/SG_Report_Fistula_2018

How Can Obstetric Fistula Be Treated?

The best treatment for obstetric fistula is prevention, but once the opening occurs it can only be cured by surgery. Several charitable organizations are working to help the women affected in developing countries where medical care is difficult to access. Advocates for Women has contributed money annually for several years to The Worldwide Fistula Fund, which performs fistula surgeries in five African countries. Other non-governmental organizations include the Fistula Foundation, working in several African and Asian countries, and Medecins sans Frontieres, which runs “fistula camps” in very remote areas, providing surgery and also psychological counseling to help patients overcome the trauma and isolation they have experienced. Much more extensive resources are necessary, however, to eradicate obstetric fistula.

Giving birth is more likely to result in complications when the mother is very young. In fact, complications from pregnancy and childbirth are the leading cause of death among girls between the ages of 15 and 19 in low-income and middle-income countries where child marriage is common. Until about the age of 20, women’s bodies are not fully developed, and they are more likely to have difficult births. People need to be educated about the danger of early childbearing. This is one more reason to encourage delaying marriage and childbearing until women are fully mature. (The late 20s are considered optimum for childbirth). Therefore, discouraging early marriage will contribute to reducing the incidence of obstetric fistula.

How can we discourage child marriage?

Fathers are the role models for their sons and in traditional societies they control their daughters. Men can encourage other men not to marry and impregnate underage girls. Patriarchs can advocate for prevention of child marriage in their societies and countries. Let us educate men about the physical damages caused to girls by early childbearing, as well as the demoralizing lifelong consequences for the survivors of obstetric fistula. Men can be appealed to:

Child marriage is a problem in the United States as well as in developing countries. See the companion article by Ingrid Naumann. 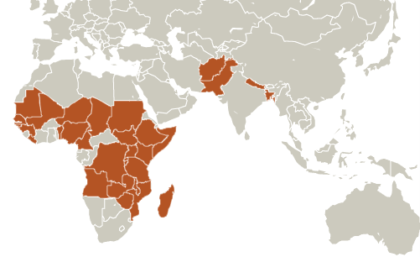